Why should I get Mole Mapping photos done? 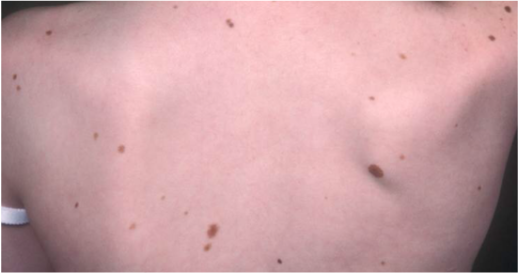 Skin cancer is one of the most common cancers worldwide. Melanoma, a form of cancer that begins in cells that make the pigment melanin, is one of the most dangerous cancer types and leads to thousands of deaths per year. According to the National Cancer Institute, ‘skin cancer is the most common cancer in the western world and the number of new cases of melanoma has been increasing for at least 30 years. Melanoma is more likely to spread to nearby tissues and other parts of the body and can be harder to cure. Finding and treating melanoma skin cancer early may help prevent death from melanoma.’

The early detection of skin cancer delivers the best chances for survival. When melanoma is detected early by a physician the cure rate is over 95% because it can be excised before it starts spreading to other parts of the body. The ability to detect new moles and changes in existing moles is critical in the early detection process. The American Cancer Society states that, ‘Part of a routine cancer-related check up should include a skin exam by a health care professional qualified to diagnose skin cancer and many dermatologists use a technique called dermatoscopy (also known as dermoscopy, epiluminescence microscopy [ELM], or surface microscopy) to look at spots on the skin more clearly.’

If you think about it, your physician likely sees thousands of moles per year on hundreds of patients, making it difficult to remember what your moles looked like six month ago. That is why having a photo documentation system for the accurate tracking of moles is so important.

Who is suitable for Mole Mapping?

Who is suitable for Mole Mapping?

Why should I get Mole Mapping photos done?

How can suspicious moles be recognised?

This Sliding Bar can be switched on or off in theme options, and can take any widget you throw at it or even fill it with your custom HTML Code. Its perfect for grabbing the attention of your viewers. Choose between 1, 2, 3 or 4 columns, set the background color, widget divider color, activate transparency, a top border or fully disable it on desktop and mobile.

Sign-up to get the latest news and update information. Don’t worry, we won’t send spam!

We use cookies on our website to give you the most relevant experience by remembering your preferences and repeat visits. By clicking “Accept”, you consent to the use of ALL the cookies.
Cookie settingsACCEPT
Manage consent

This website uses cookies to improve your experience while you navigate through the website. Out of these, the cookies that are categorized as necessary are stored on your browser as they are essential for the working of basic functionalities of the website. We also use third-party cookies that help us analyze and understand how you use this website. These cookies will be stored in your browser only with your consent. You also have the option to opt-out of these cookies. But opting out of some of these cookies may affect your browsing experience.
Necessary Always Enabled
Necessary cookies are absolutely essential for the website to function properly. These cookies ensure basic functionalities and security features of the website, anonymously.
Functional
Functional cookies help to perform certain functionalities like sharing the content of the website on social media platforms, collect feedbacks, and other third-party features.
Performance
Performance cookies are used to understand and analyze the key performance indexes of the website which helps in delivering a better user experience for the visitors.
Analytics
Analytical cookies are used to understand how visitors interact with the website. These cookies help provide information on metrics the number of visitors, bounce rate, traffic source, etc.
Advertisement
Advertisement cookies are used to provide visitors with relevant ads and marketing campaigns. These cookies track visitors across websites and collect information to provide customized ads.
Others
Other uncategorized cookies are those that are being analyzed and have not been classified into a category as yet.
SAVE & ACCEPT
Go to Top